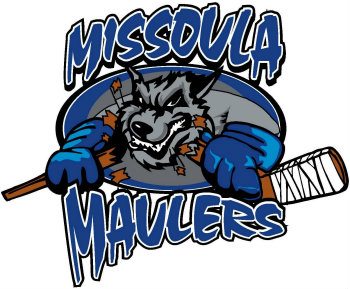 If you’re traveling to Missoula this fall or winter and are looking for something to do, you might want to take in a Missoula Maulers hockey game. Many folks are unaware that Missoula has an amateur junior hockey team.

As part of the Western States Hockey League, the Maulers are a talented, hard-hitting, exciting team of 15-21 year old players that carry amateur status and hope to earn a spot on a Canadian Major Junior, Collegiate, or Minor Professional Team. The Maulers have developed quite a following and turned many people new to the sport into devoted hockey fans.

Established as an expansion team during the 2007-2008 season, the Missoula Maulers play at the Glacier Ice Rink at the Missoula Fairgrounds. With their move into the Western States Hockey League during the 2013-2014 season, the Maulers are now hosting teams from as far away as Seattle and Lake Tahoe. And with active recruiting efforts always looking to bring in new talent, the current roster boasts players from seven U.S. states, Belarus, Slovakia, Norway, Sweden, and Russia.

Maulers games are truly something to experience. From October through March, there is a very passionate, active fan-base that never fails to show up in droves. The Maulers mascot, Slash, and sidekick, Mini Slash, entertain the crowd and welcome photo opportunities throughout the game. There is dancing in the aisles, music to keep the crowd motivated, chances to win prizes, concessions, and more. And most important, you can always count on lots of action on the ice!

Admission is only $10.00 for adults and $5.00 for students, seniors, and military. To view this year’s home game hockey schedule, go to http://www.missoulamaulers.com/schedule. Certain games even offer the added opportunity to skate with the team following the game.

If you haven’t yet had a chance to check out the Missoula Maulers, you owe yourself the pleasure. The team appreciates your support and you’re sure to have a great time!

Reserve A Vehicle
Warning: stristr() expects parameter 1 to be string, array given in /home/customer/www/hertzmissoula.com/public_html/wp-content/plugins/custom-facebook-feed/inc/CFF_Utils.php on line 505
Please enter the Page ID of the Facebook feed you'd like to display. You can do this in either the Custom Facebook Feed plugin settings or in the shortcode itself. For example, [custom-facebook-feed id=YOUR_PAGE_ID_HERE].